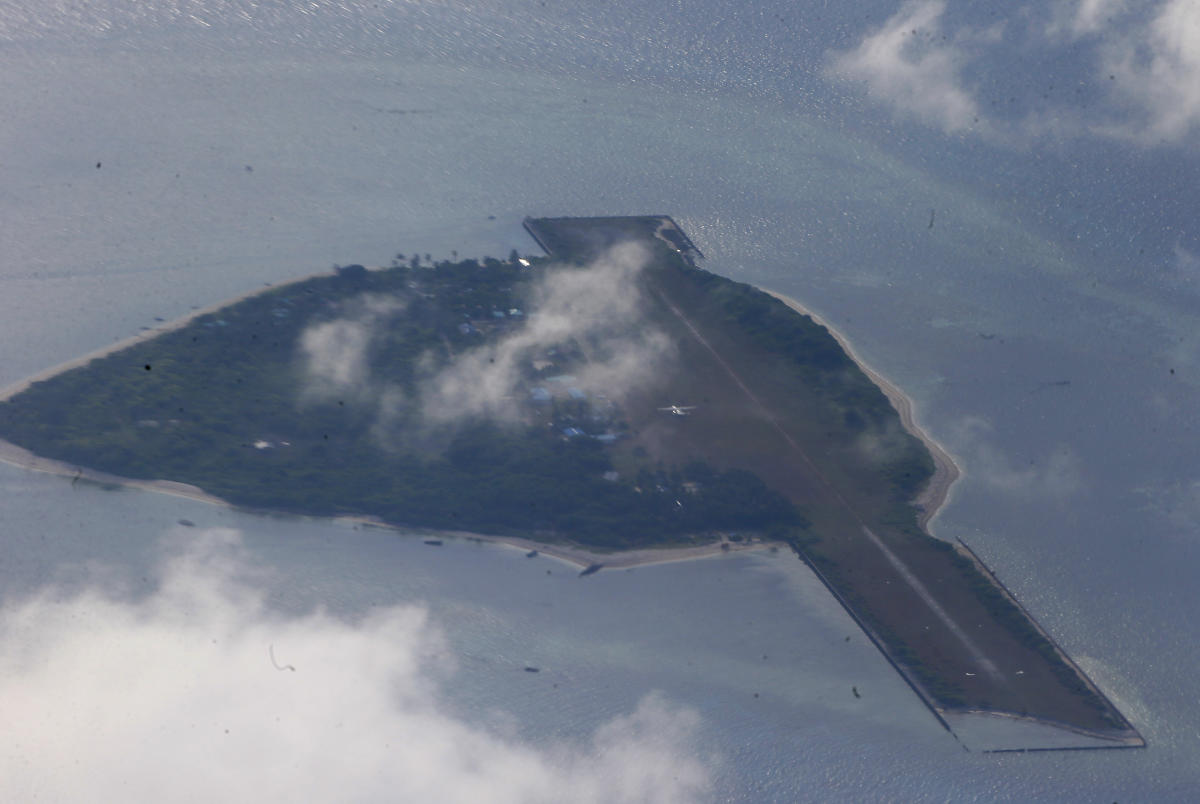 MANILA, Philippines (AP) — China’s coast guard forcibly seized floating debris that the Philippine navy was towing to its island in another confrontation in the disputed South China Sea, a Philippine military commander said Monday. The debris appeared to be from a Chinese rocket launch.

A Chinese vessel twice blocked a Philippine naval ship before seizing the wreckage it was towing off the Philippine-occupied island of Thitu on Sunday, Vice Admiral Alberto Carlos said on Monday. He said no one was injured in the incident.

It is the latest flare-up in long-running territorial disputes in the strategic waterway involving China, the Philippines, Vietnam, Malaysia, Brunei and Taiwan.

Chinese coast guard ships have in the past blocked Philippine supply boats delivering supplies to Philippine forces in disputed waters, but seizing items in the possession of another nation’s military was a more brazen act.

Carlos said Filipino sailors using a remote camera on Thitu Island spotted debris drifting in strong waves near a sandbar about 800 yards (540 meters) away. They set out on a boat, picked up the floating object and began towing it back to their island using a rope tied to their boat.

As the Filipino sailors were returning to their island, they “observed that a Chinese Coast Guard vessel with bow number 5203 was approaching their position and subsequently blocked their pre-set course twice,” Carlos said in a statement.

A Chinese coast guard vessel then deployed an inflatable boat with personnel who “forcibly picked up the said floating object by cutting the tow rope attached to” the rubber boat of the Filipino sailors. The Filipino sailors decided to return to their island, Carlos said, without elaborating on what happened.

May. Cherryl Tindog, spokeswoman for the military’s Western Command, said the floating metal object looked similar to a number of other pieces of Chinese missile debris recently found in Philippine waters. She added that the Filipino sailors did not fight the seizure.

“We practice maximum tolerance in such a situation,” Tindog told reporters. “Since it was an unidentified object and not a matter of life and death, our team just decided to go back.

Metal fragments from Chinese missile launches, some showing part of what appears to be a Chinese flag, have been found in Philippine waters on at least three other occasions.

China has previously been criticized for allowing rocket stages to fall unchecked to Earth. The Philippine space agency earlier this month urged the Philippines to ratify UN treaties that provide a basis for compensation for other countries’ space debris damage, and NASA last year accused Beijing of “failing to meet responsible standards regarding its space debris” in parts of China the rocket landed in the Indian Ocean.

The Philippine government has filed multiple diplomatic protests against China over aggressive actions in the South China Sea, but did not immediately say what action it would take after Sunday’s incident. The Department of Foreign Affairs in Manila usually waited for an official investigative report before filing a protest.

Thitu Island, which Filipinos call Pag-asa, hosts a fishing community and Philippine forces and lies near Subi, one of seven contested reefs in the offshore area that China has turned into anti-missile islands, including three with airstrips that U.S. security officials say they now resemble military outposts.

The Philippines and other smaller claimant countries in the disputed region, backed by the United States and other Western countries, have strongly protested and raised concerns about China’s increasingly aggressive actions in the busy waterway.

U.S. Vice President Kamala Harris, who is visiting Manila, is scheduled to fly to the western province of Palawan, overlooking the South China Sea, on Tuesday to underscore U.S. support for the Philippines and renew the U.S. commitment to defend its longtime treaty ally should Philippine forces, ships and aircraft disputed waters come under attack.